There is usually not much debate about the exact date of a child’s birthday; however, when it comes to the birthday of a company like Idorsia, one could argue:

Was it January 26, 2017, when Actelion first announced that – as part of the transaction with Johnson & Johnson – it would spin out its drug discovery operations and early-stage clinical development assets into a newly created Swiss biopharmaceutical company? Or was it March 2, the day of incorporation, when Idorsia gained its own legal business structure? Or June 16, the day when its shares were listed and trading commenced on the SIX Swiss Exchange?

Whatever your opinion may be about the company’s actual birthday, there is something we at Idorsia can all agree on: this “baby” was born thanks to the energy and can-do mindset of everyone involved. In building the new company and separating its day-to-day activities from those of its next-door neighbor Actelion, it soon became clear that determination would be required to make Idorsia a reality. The challenges were manifold and by no means only of a scientific nature. For example, 40,000 contracts had to be transferred. Who was to pay the electricity and water bills for which buildings? Were there separate meters? What about access to intellectual property, scientific databases, IT infrastructure, and – last but certainly not least – the canteen?

Resolving issues like these in a short timeframe required not only an atmosphere of mutual trust, but also pragmatism and a sense of priorities. A little over a year after the proposed creation of Idorsia was first announced, it can rightly be said that all parties played their full part in the months that followed, and that their constructive approach has been rewarded: Idorsia was fully functional from the demerger from Actelion, and any remaining separation activities were well planned, making this innovative transaction a great success.

Reaching out for more

With the rich collection of compounds brought over from Actelion, the Idorsia teams are now working hard to advance the company’s highly innovative pipeline and further enhance the value proposition from these assets.

Just as in bringing up a child, intelligent decisionmaking will be crucial if Idorsia is to continue to grow and thrive in the short- and long-term. Science and innovation need to be put at the center of these decisions – to translate our ideas into something tangible that will not only add value for investors but will benefit patients, who should always be the ultimate concern. 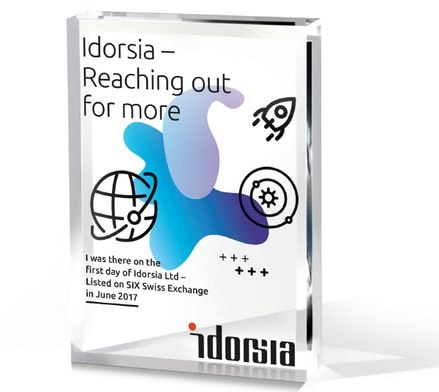 "I enjoy working for Idorsia because we focus on innovative novel medicines and are sufficiently courageous to test novel concepts."