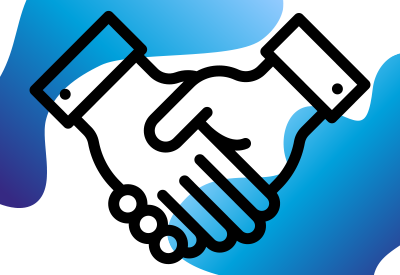 Idorsia considers sophisticated partnerships to strategically access technologies or products, and to maximize the value of its discovery engine and clinical pipeline. In general, the purposes of our partnerships are to complement internal innovation with external projects, and to find suitable partners for maximizing the value of internal projects.

In 2017, Idorsia and Actelion Pharmaceuticals, one of the Janssen Pharmaceutical Companies of Johnson & Johnson, entered into a revenue-sharing agreement in respect of ponesimod.

Under the terms of the revenue-sharing agreement, Idorsia is entitled to receive quarterly payments of 8% of the net sales of ponesimod products from Actelion Pharmaceuticals Ltd.

With almost 20 years of experience, Antares has a proven track record in developing and commercializing complex drug device products that are tailored to the patient and the therapeutic need.

Idorsia will pay for the development of the drug device product and will be responsible for applying for and obtaining global regulatory approvals for the product.

The parties intend to enter into a separate commercial license and supply agreement pursuant to which Antares will provide fully assembled and labelled product to Idorsia at cost plus margin. Idorsia will then be responsible for global commercialization of the product, pending regulatory approval.

Antares will be entitled to receive royalties on net sales of the commercial product.

In 2017, Idorsia entered into a collaboration agreement with Janssen Biotech, one of the Janssen Pharmaceutical Companies of Johnson & Johnson, to jointly develop aprocitentan and any of its derivative compounds or products. Janssen Biotech has sole commercialization rights worldwide.

Idorsia received a one-time milestone payment of USD 230 million. Both parties have joint development rights over aprocitentan. Idorsia will oversee the Phase 3 development and regulatory submission for the treatment of patients with hypertension that is not controlled by at least three therapies (called resistant hypertension in the medical community). The costs will be shared equally between both partners. Janssen Biotech, Inc. will oversee the Phase 3 development and submission for any additional indications.

In 2019, Idorsia and Mochida Pharmaceutical entered into an exclusive license agreement for the supply, co-development and co-marketing of daridorexant, Idorsia’s dual orexin receptor antagonist (DORA), for insomnia and related disorders in Japan.

Idorsia will receive an initial payment of 1 billion Japanese yen (approximately 9 million Swiss francs) and will be entitled to three additional development and regulatory milestones. Idorsia will also be entitled to sales milestones and tiered royalty payments based on net sales achieved by Mochida. Costs associated with the co-development of daridorexant will be shared.

With regards to the future development program, Idorsia will be responsible for the design and conduct of additional preclinical and clinical studies, and for health authority registration, with oversight from a Joint Development Committee. Should Idorsia wish to out-license daridorexant for use in any field other than insomnia and related disorders to a third party in Japan, Mochida will be offered the right of first refusal.

In 2020, Idorsia entered into a global license agreement with Neurocrine Biosciences for the development and commercialization of ACT-709478, Idorsia’s potent, selective, orally active and brain-penetrating T-type calcium channel blocker, for the treatment of a rare pediatric epilepsy, and a research collaboration to discover, identify and develop additional novel T-type calcium channel blockers.

In 2017, Idorsia entered into a research collaboration that provides Roche with an exclusive option right to develop and market first-in-class compounds for a promising new approach in the field of cancer immunotherapy.

The parties will collaborate on the discovery of products through the formation of a joint committee, chaired by Idorsia.

Roche has paid Idorsia an upfront payment of CHF 15 million and has the option to exclusively license Idorsia compounds and compounds resulting from the collaboration, for a further payment of CHF 35 million, after a pre-determined period. After the exercise of its option right, Roche would have the exclusive worldwide right to develop and commercialize the Idorsia and collaboration compounds.

Idorsia will be eligible to receive one-time development and regulatory milestones of up to CHF 410 million. Idorsia will also be entitled to one-time milestones based on sales thresholds, as well as tiered royalties on annual net sales of all products resulting from the collaboration.

In 2020, Idorsia’s license, collaborative development and commercialization agreement with ReveraGen BioPharma in respect of vamorolone was transferred in its entirety to Santhera Pharmaceuticals, with the latter replacing Idorsia as a party to the agreement.

As part of this transition, Santhera exercised the option to obtain the worldwide rights to vamorolone in Duchenne Muscular Dystrophy and all other indications from ReveraGen.

In exchange for the assignment and transfer of the agreement, Idorsia received 366,667 shares of Santhera and an exchangeable note in the amount of CHF 10 million, which has not been recorded as contract revenue since its recoverability will depend on Santhera’s ability to raise funds.

Idorsia will further be entitled to development and sales milestones, as well as low single-digit percentage payments on net sales of vamorolone. 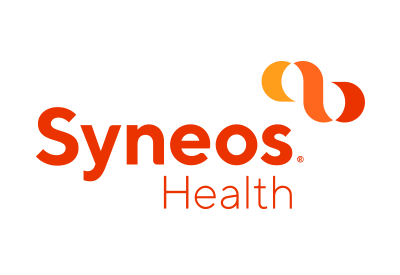 In 2020, Idorsia and Syneos Health entered into an innovative commercial partnership to build the salesforce for the US launch of daridorexant, Idorsia’s new dual orexin receptor antagonist, being investigated for the treatment of insomnia.

The strategic collaboration brings Idorsia’s lead investigational compound, daridorexant, and expertise in the science of the orexin system, together with Syneos Health’s robust customer-facing sales expertise and proven track record in launching new products in the US.

Idorsia will build the core capabilities needed to successfully launch daridorexant, while collaborating with Syneos Health in order to effectively reach the primary care market, which accounts for a large volume of insomnia prescriptions. Together the companies will collaborate to lead the transformation and modernization of the insomnia market in the US.

"I find my work inspirational because every day I invent something new."